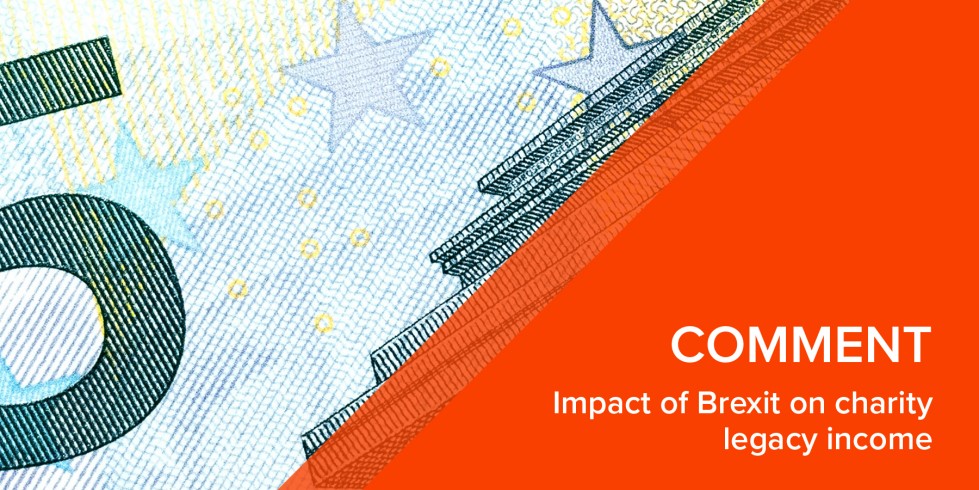 A month on from Britain’s decision to leave the EU and are we any clearer on the impact Brexit will have on our charity sector? The first in a two-part blog series, we look at the short term consequences of Britain leaving the EU on legacy income.

Legacy income plays a huge role in our charity sector, contributing an estimated £2.5bn annually through around 111,000 gifts (Legacy Foresight). It is the biggest contributor to voluntary income and can provide the bulk of some charities income – particularly for animal and health charities.

Our friends at Legacy Foresight made some insightful commentary pre-Brexit about the potential impact on legacy income, but has any of this panned out yet? In reality it is still too early to tell, but we are clearer on some of the short term consequences to the economy.

We are still waiting data on the impact of Brexit on house prices, but there is anecdotal evidence that the initial reaction to the referendum result was for people to pull out of house purchases, or use it to lower offers – known as gazundering.

I wouldn’t be surprised if we see a slight reduction in house prices or at least a slowing in the immediate aftermath of Brexit. This will have an impact on short term cash flow for charities, and we may find that legacy pipeline income slows due to chains collapsing.

But other factors are at play and my expectation is that house prices will hold up – at least in the south of England where the bulk of legacy income value comes from. Several economic forecasters are suggesting that while growth in house prices will slow, nevertheless they will still increase.

This is due to supply and demand. We know there is a shortage of housing stock in the UK, due to increased migration and foreign investment. This is not going to change in the short term, especially as some of the major UK house builders saw stock fall in the aftermath of Brexit and we may see a reduction in house building which will only exacerbate the problem.

In addition, the value of the pound has dropped dramatically meaning UK houses are even more affordable for foreign investors.

And interest rates are expected to be reduced or even go into negative figures in order to stimulate the economy. We will continue to have access to the cheapest borrowing rates in history and this should help to hold up the housing market.

So while there may be a slow down in the economy, and possibly in the number of sales going through, house prices should hold if not continue to rise.

Share values on the other hand, which make up the other significant part of estate value, have largely held up. The FTSE 100 continues to climb, after an initial shock, and some commentators are predicting it will reach 7000 before the end of the year. It’s performance is partly down to the many US firms on the FTSE 100 that are benefitting from a strengthening dollar. Even the FTSE 250 which was impacted to a greater extent in the aftermath of Brexit has recovered in the last 2 weeks and continues to climb – now back to it’s pre Brexit position.

Overall, we feel there could be a slowing of legacy income pipeline – a cash flow issue – as assets take longer to sell, especially in the immediate aftermath of Brexit. But we do not expect the overall values of legacy income to drop.

But as we have learned over the last few weeks, this is a fast moving area and it could all change again!

In part 2 we will discuss the potential consequences of Brexit on the medium and long term performance of legacy income for UK charities.