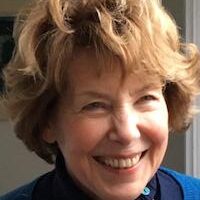 Jenny left university with a degree in Modern Languages and forged a successful career as an interpreter/translator; eventually setting up her own translation agency.  She specialised in Admiralty Law serving professional clients in the City.

The agency was sold to enable her to focus on her then young family and elderly parents. Both parents suffered from neurological conditions which brought her into contact with the work of National charities. On their deaths, she gained a post-graduate diploma in Arts Therapies with a specialist interest in Dementia.

Moving to London in 2011, she volunteered in the Legacy department of one of the charities which had been pivotal in their later lives.  Jenny retrained as a Legacy Officer, gaining second place with Distinction in the CiCLA examination in 2012. She joined the Legacy team at Cancer Research UK where she enjoyed the intellectual variety of a demanding case load of contentious and non-contentious cases for many years. Part of her brief was to provide cover during leave for the Legacy team which gave her valuable experience in being parachuted into and providing rapid response to new and complex casework. Fulfilling her love of the Arts, she was appointed Legacy Officer at the V&A in 2016.

With an interest in property, Jenny and her husband (a Solicitor) moved south, later that year, to renovate a Victorian villa (one owner from new!). Cured of DIY, she worked as the legacy officer for two local charities, an animal charity and a local Hospice.

An incurable optimist, Jenny is a natural communicator whose love of language and people has found a natural home in the Legacy world.